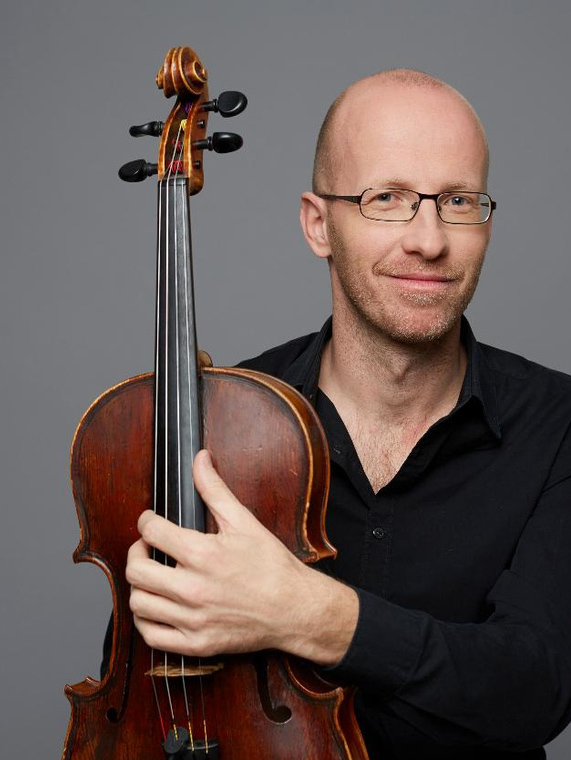 Son of a rock guitarist and a storyteller, David Gaillard was introduced to music by oral transmission and improvisation. While continuing his musical education with extensive studies at the conservatoire of Mulhouse (unanimous first prize in violin, piano, theory, composition and conducting) he started to appear on stage at a very young age for classical, jazz or rock concerts.

Ranked first in the entrance examinations for the Conservatoire National Supérieur de Musique (CNSM) in Paris, he received unanimous first prize in viola, first prize in harmony and second prize in counterpoint, before being accepted for his master’s degree. His teachers were Jean Sulem, Bruno Pasquier, Hatto Beyerle and Veronika Hagen.

Subsequently David Gaillard entered the Orchestre de Paris as principal viola and finally was chosen as the successor of Bruno Pasquier at the CNSM de Paris.

As an appreciated chamber musician he appeared on the big international stages with artists such as Menahem Pressler, Christoph Eschenbach… He is member of the Dissonances Quartet with David Grimal, Arnaud Vallin and Xavier Philips.

Even though he is a well-known artist in the world of classical music he has nevertheless kept his passion for all styles of music and continues expanding his horizon.

He was member of the Sirba Octet, a renowned ensemble for yiddish music and critically acclaimed recording artist for Deutsche Grammophon, for thirteen years and has joined Jean-Philippe Viret and his quartet « Supplément d’Ame » who has appeared at festivals such as the Paris Jazz Festival and « Jazz in Marciac ».