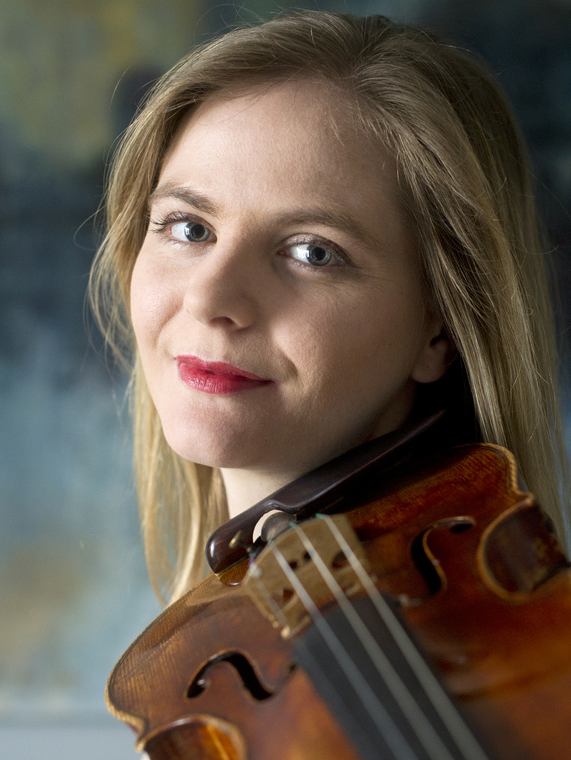 “ She has it all: a perfect mastery, a firm bow, warm tones in low notes and bright ones in thehighs, a rare purity of intonation and a whole lot of intelligence.

Solenne Païdassi, winner of the Long-Thibaud 2010 competition, not only has an amazing talent,but also a great deal of flair.

She is for sure one of the best French violinists of her generation.
With her taut and bright but still gentle aesthetic, her cheeky smile and raging humor, her vitality,her drive and her sense of rhythm, Païdassi thrives high.

What an impressive charisma! “

Since her coronation at the Long-Thibaud 2010 competition, the violinist Solenne Païdassimaintains her course with the determination, the integrity and the sensibility that define herplaying. Just as comfortable when playing Tchaïkovski, Brahms, Bach or Rihm, the youngmusician has recently taken up her position as Concertmaster of the Belgian National Orchestra.According to a large part of her faithful audience, the French soloist literally “sings” with herinstrument. Her beautiful sound, her peaceful strength and her will to play for others are all keys toher success.

Despite her young age, Païdassi already performed in some of the most prestigious halls in theworld: the Tonhalle in Zürich, the Victoria Hall in Geneva, the Carnegie Hall in New York, theConcertgebouw in Amsterdam, Salle Gaveau in Paris and many others… She also took part inmany festivals such as the Festival International de Colmar, the Festival Radio France Montpellier,the Folle Journée de Nantes, the Tongyeong International Music Festival, the Sion ValaisInternational Festival, and others…

Critics highly praised her recordings. The first one, recorded with French pianist LaurentWagschal, is dedicated to Franck, Pierné, Saint-Saëns and Massenet (Indesens, 2013). In 2014,she recorded an opus dedicated to Stravinsky and Szymanowski (Aparté 2014) that was awardeda CHOC by Classica magazine. Her newest album, the complete Bach Sonatas and Partitas, willbe released at the end of the year.

After finishing her studies at the Nice and Geneva conservatoire, then at the London RoyalAcademy and at the Philadelphia Curtis Institute of Music, Païdassi received her diploma at theHanover Hochschule für Musik und Theater. Winner of many awards, in France and abroad, shestood out during the Hanover international competition of in 2009, the Sion-Valais competitionand the Gyeongnam competition in Korea.

Païdassi is a regular guest on France Music but also on Deutschlandradio Kultur and NDR Kultur.She was broadcasted in the SüdWestRundfunk with the Stuttgart Radio-Sinfonieorchester in2012.

She plays on a Giovanni Battista Guadagnini of 1784, lent by the French Zilber Vatelot Rampalfoundation.