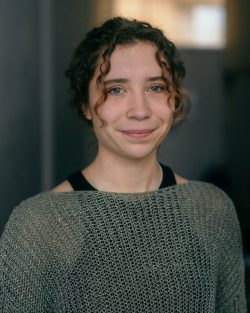 Charlotte is a French and English speaking Stage Manager and was trained at the Chichester College in Stage Management and Technical Theatre. She has worked as a location marshal on various
series and films such as Gangs of London and Operation Mincemeat alongside the Location Manager, Ben Mangham.

She has also worked at the Chichester Festival Theatre as props maker and costume maker since 2016 and has helped on their youth productions such as Peter Pan and Wizard of Oz.